Desexing a Pregnant Dog: Why It May Be Necessary

There are two ways that can conclusively prevent unwanted pregnancies in dogs. Your dog can have no interaction with any dog of the opposite sex (aside from desexed dogs). This isn't awlays a valid option, and the only other method is pet desexing. If a dog falls pregnant, you may assume that you've missed the opportunity to have her desexed, and must wait until the puppies are born. This isn't in fact the case.

Desexing a pregnant dog has two effects. Your dog's reproductive organs are removed, which will eliminate the possibility of further pregnancies. Additionally, your dog's existing pregnancy will be terminated. This can be a contentious topic, but is something to consider if you feel that you're unable to care for these puppies in the early stages of their lives, as well as the potential difficulties of finding them homes. Desexing prevents unwanted litters, and you may need to concede the point that while the pregnancy may have already occurred, the litter is still unwanted.

Performing the desexing procedure during pregnancy slightly elevates the risk to your dog, but this can be safely managed. The reproductive organs can become engorged during pregnancy, and it's possible that the required incisions will lead to excessive bleeding. The risk is fairly low, but it adds some complexity to the operation. Your dog will be under a general anaesthetic for the procedure, and any side effects can be dealt with should they arise, with the utmost concern for your dog's health. It's actually similar to desexing a dog who's in heat, while not yet pregnant.

What Happens During the Procedure

The procedure is more-or-less the same as it would be in a dog who isn't pregnant. The reproductive organs (her uterus and ovaries) are removed. As the uterus (the womb) is where the embryos develop, its removal will immediately terminate the pregnancy. The puppies (still in their embryonic stage) will be removed with the uterus. As is the case in humans, the gestational stage of the embryos plays a role in whether the pregnancy can be safely terminated, but it's perfectly safe for your dog in the earlier stages of her pregnancy.

As much as the idea of having a litter of puppies at home might be appealing, the reality can be quite different. If you're unable to care for the puppies and may struggle to find them appropriate homes, then pet desexing and the subsequent termination of your dog's pregnancy can be a legitimate course of action. 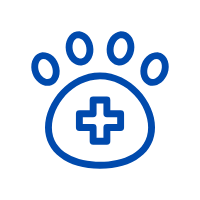 From a young age, children are taught about the importance of regular dental care and this advice is followed through adulthood. When it comes to your dog, dental care is just as important as it is for humans but the topic is not often widely discussed. Veterinarians are often alerted to dog dental care issues once they erupt, but proper care of a dog's teeth helps prevent issues from arising. When looking for dog dental care tips, it is important to find the information in one place, and that is what is available to you here. Use these helpful dental care tips to reduce the odds of your pet needing a trip to the vet to repair teeth issues.